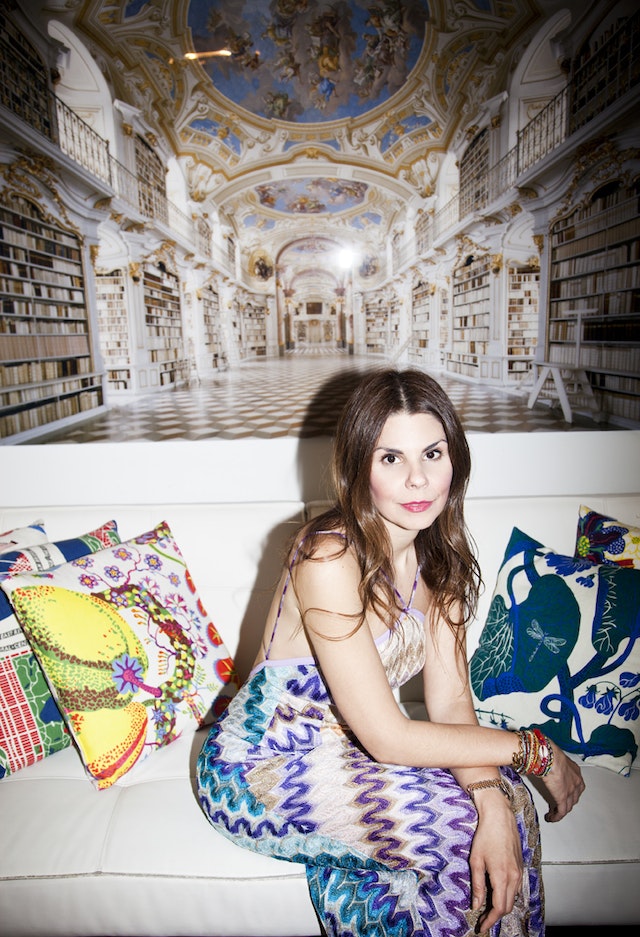 Maria Brito is an award-winning New York-based contemporary art advisor, author, and curator. A Harvard graduate, originally from Venezuela, her first monograph “Out There” published by Pointed Leaf Press in 2013, was the recipient of the Best Book Awards in both the Art and Design Categories. In 2015 Brito was selected by Complex Magazine as one of the 20 Power Players in the Art World and in 2020 she was named by ARTNEWS as one of the visionaries who gets to shape the art world. She has written for publications such as Huffington Post, Elle, Forbes, Artnet, Cultured Magazine, Departures, and the Gulf Coast Journal of Literature and Fine Arts from the University of Houston, Texas. For several years, Maria has taught her creativity course in companies and, in 2019, she launched “Jumpstart”, an online program on creativity for entrepreneurs based on years of research and observation in both the areas of business and art.

"I love those socks from Juni Figeroa. They are a breather in the midst of such a dramatic year. I respond to an artist that can be both original and funny. Humor is so important!"

"The paintings by Akira Ikezoe are really interesting because they mix this idea of being inside, with elements that are found in nature like the plants and the insects. It’s almost like saying: “this is how we cope, right now.” "

"I’m very much into Tahnee Lonsdale’s painting. The curves are sensual and the colors muted, yet there is so much strength in it!"

"I love the energy and dynamism in Andrea Marie Breiling’s work."

"Bernhard Buhmann’s geometric abstractions are fun and engaging, which is hard to do with abstract works. He is also a master colorist."

"Amir Khojasteh, Maximiliano León and Philip Mueller are great figurative painters each in its own distinctive style, love their work."

"Bella Foster, Austin Eddy and Hillary Pecis are such great painters, and their compositions are so well-balanced. Their colors are also optimistic and draw the viewer in!"